A Project by the Welsh Enrichment Project

Buy A Brick & Help Us Build the Lyle Fontenot Memorial

The Welsh Enrichment Project invites you to purchase an engraved brick so you can cement your legacy at the John Blank Sportsman Park in Welsh, Louisiana, forever! Your contribution from the sale of each brick goes towards the construction of the Lyle Fontenot Memorial, a memorial constructed in loving memory for the man who kept the lights on. Any additional revenue will fund the further enrichment and beautification of our parks and community. Remember a loved one, honor someone special, engrave your business or organization name, or just set your name in stone for decades to come. Whatever your reason, leave a permanent testament of your love and support for Lyle Fontenot, our town lineman that was tragically electrocuted in April of this year.

On July 8, 2020, Michael Prudhomme and Alderman Colby Perry began a small fundraising effort to gather funds to plant a flowering tree at the newly constructed Cora Mae Gordon Vital Memorial Pavilion. They chose a bottle brush tree, which would provide profuse, vivid blooms throughout the years. Thanks to generous contributions, the fundraiser was quickly a success. The success allowed them to expand their fundraiser, calling it the Welsh Enrichment Project. In addition to the tree in memory of Cora Mae Gordon Vital and Cosmey "Cayso" Richmond at Richmond Park, they were able to purchase a tree and a marker for it in memory of Lyle Fontenot, a lineman for the Town of Welsh who was tragically electrocuted in April of this year. Determined to continue their efforts to enrich the parks in Welsh, Michael Prudhomme and Alderman Colby Perry thought of other creative projects, like a community fruit tree project, which they will soon also roll out with the funds initially raised from their Welsh Enrichment Project. But one of the projects they are most excited about is their fundraiser to raise money for the Lyle Fontenot Memorial at Sportsman Park, which is also their most ambitious project yet. Lyle loved the John Blank Sportsman Park in Welsh, and he would spend many of his afternoons there. Horse Tale Treasures and the Welsh Mardi Gras Fund decided to have a custom bench constructed for Lyle to place at the park. Michael Prudhomme and Alderman Colby Perry envisioned incorporating the bench into a proper memorial for Lyle. To fund the Lyle Fontenot Memorial at the John Blank Sportsman Park, bricks are being sold that will serve as the foundation for the memorial. Engraved bricks are available for purchase through a partnership with BricksRUs. The idea is to add features in addition to the bench, like a decorative planter considering Lyles love for nature and gardening. An outdoor memorial plaque will stand behind the planter and describe the legacy of Lyle, our very own watermelon seed spitting champion, along with his many other contributions to the Town of Welsh. They also hope to installopposite from the plaque and decorative planter and next to the bencha decorative outdoor lamppost as a symbol of the many years that Lyle kept the lights on! To consult with them on fundraising, Michael Prudhomme and Alderman Colby Perry have recruited Alderman Andrea King. She has worked on many fundraising efforts in the past, including raising funds for the Welsh Little Dribblers. She also has experience with brick fundraising and is enthusiastic about improving the Town of Welsh. Alderman Andrea King will also serve as co-organizer for the construction of the Lyle Fontenot Memorial and the future endeavors of the Welsh Enrichment Project. Welsh Recreational Director Michelle Ramagos is as excited about the project as everyone else, and a special thanks to architect Sherrie Lewis for donating her time to draw a perfect rendition of the proposed project. British gardener and landscape architect, Montague Russell Page, once said, To plant trees is to give body and life to ones dreams of a better world. Michael Prudhomme and Alderman Colby Perry began with an idea to just plant a single flowering tree to make their parks better and more beautiful. They continue to dream of ways to make their world better, starting with the parks in Welsh. Their dreams are now shared with Welsh Recreational Director Michelle Ramagos, Alderman Andrea King, architect Sherrie Lewis, Horse Tale Treasures, and many others in the Town of Welsh. Together we can work build Lyle Fontenot a proper memorial, brick by brick, with the goal of making our parks and community better and more beautiful! The project is first come, first serve with a limit of 180 bricks. The fundraiser ends when all bricks are sold. 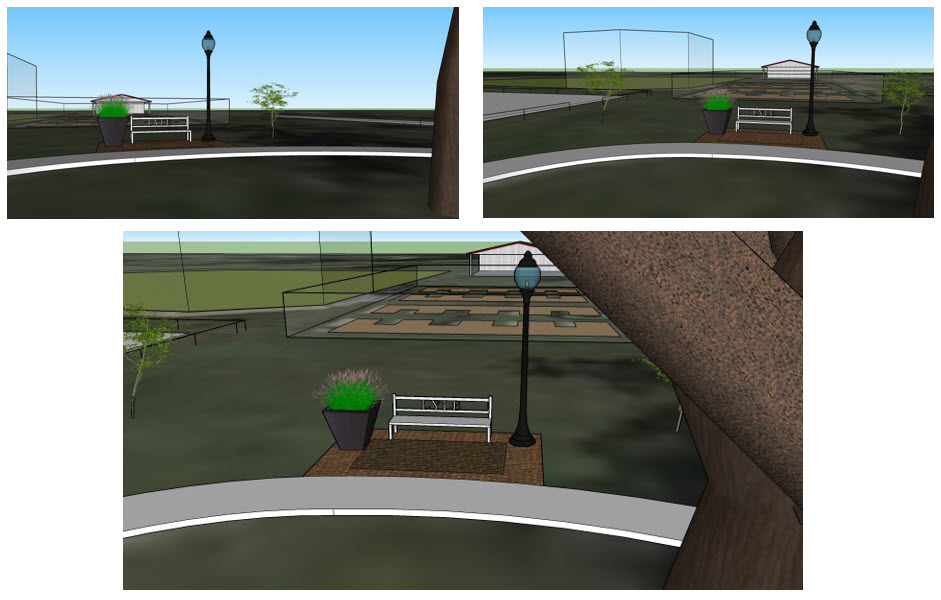