American Legion Post 245 is building a centennial Veterans Memorial to honor those American military who served during World War One, which took place 1917-1918. In addition, it is intended to honor ALL veterans of the United States Armed Forces who served during wars and conflicts since then. We wish to also commemorate the founding of the American Legion a century ago, by veterans of WWI.

We invite you to be part of this expression of our thankfulness and respect for veterans from our community and throughout the USA. By purchasing a brick engraved with the name of your veteran which will be laid along the walkway, you can support this project in the City of Poulsbos American Legion Park and show respect by remembering those who have served/continue to serve.

To leave your mark on the American Legion Park memorial, custom design your 4x8 brick for only $100 and be part of the effort to transform an existing city park scenic overlook into a memorial site worthy of the valor, service, and sacrifice of our military veterans. Larger 8x8 engraved bricks are also available for purchase ($175).

DONT BE LEFT OUT! Honor your veteran family member before the limited number of bricks are sold out.

In addition to the engraved bricks, two memorial benches and a flagpole plaque are also available for memorializing your familys veterans. Contact American Legion Post 245 for more information on those. 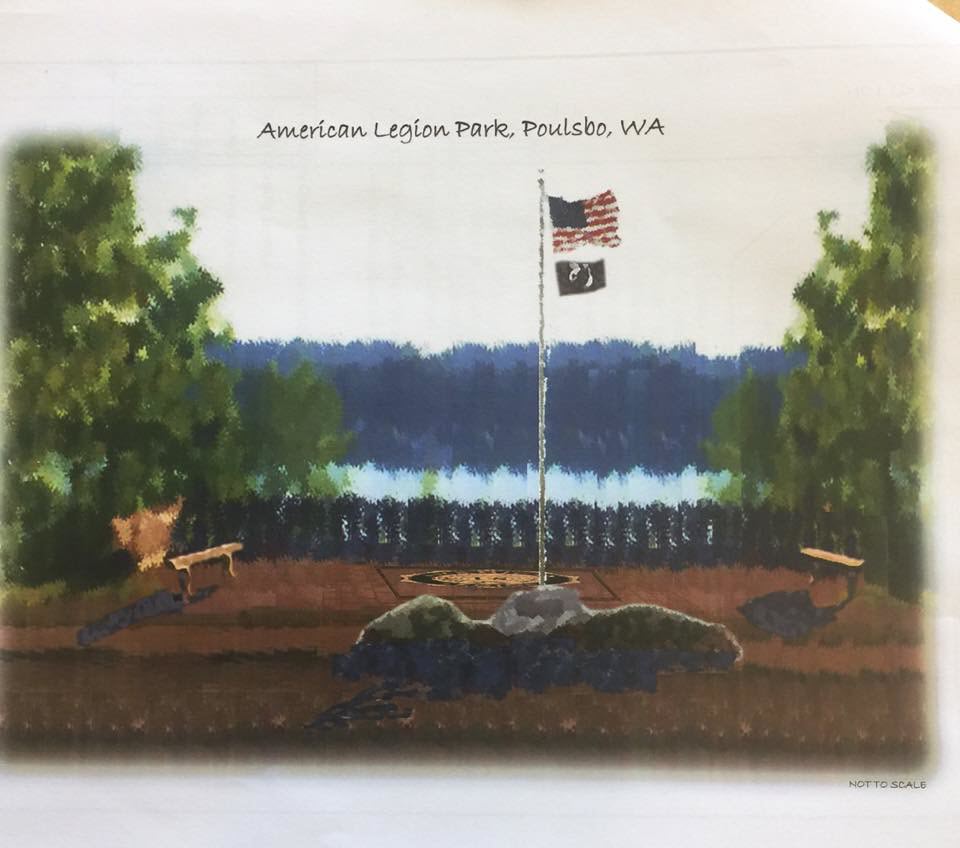