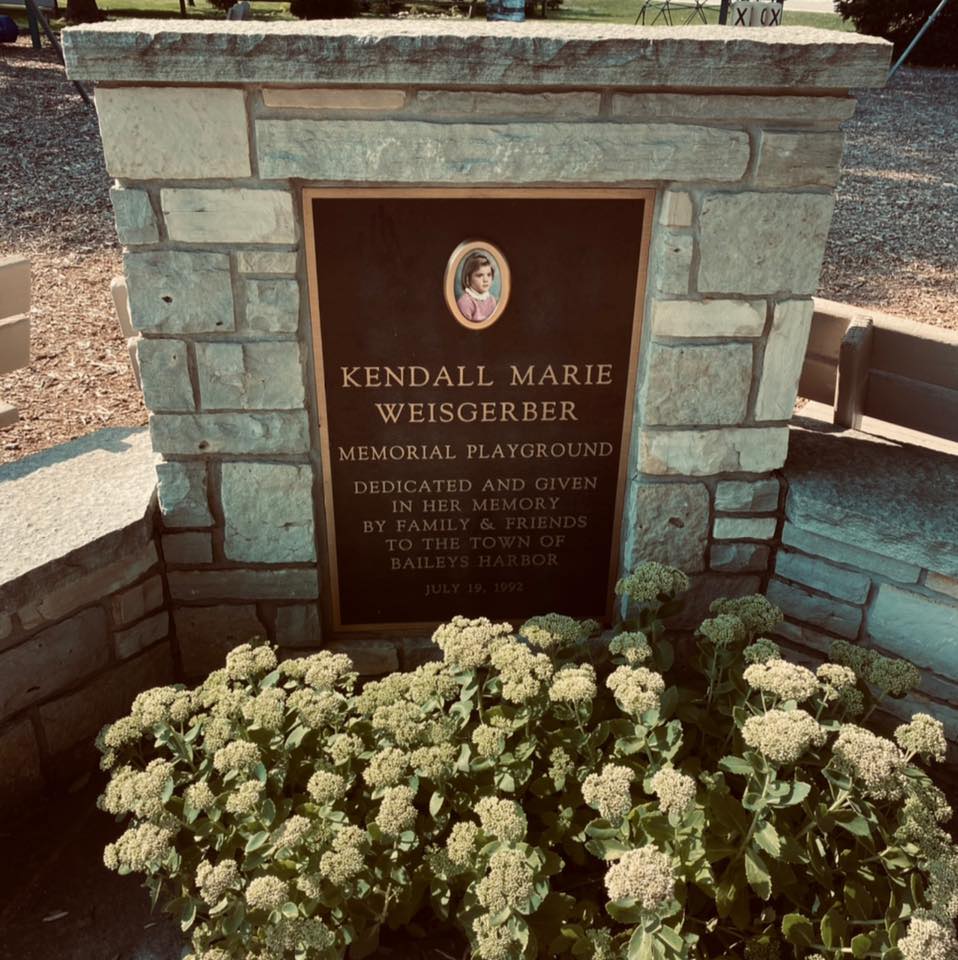 In honor of the 30th Anniversary of Kendall Park, we're raising money to revitalize the aging park.

The Weisgerber Family, Playground Group and the Baileys Harbor Community Association are hoping to raise about $500,000 to completely replace the playground equipment making the park more inclusive for all ages and ADA Accessible. All existing equipment that can be saved will be relocated to the Baileys Harbor Rec Park Playground at 2623 Summit Rd.

Bricks purchased will be placed at the park.  The 12x12 Memorial Bricks will be placed by the Kendall Memorial.  All proceeds will go directly to the playground equipment and installation.


History of the Park:

Kendall Park is named in honor of Kendall Weisgerber, a young local girl that passed away tragically in 1991. After her death, her family, friends, and local residents raised money to create a safe place for children in town to play for generations to come. The Park was constructed on the Town Hall Property in 1992 and has been the heart and soul of our community ever since. If you've ever attended a festival in Baileys Harbor, you've probably been to Kendall Park." 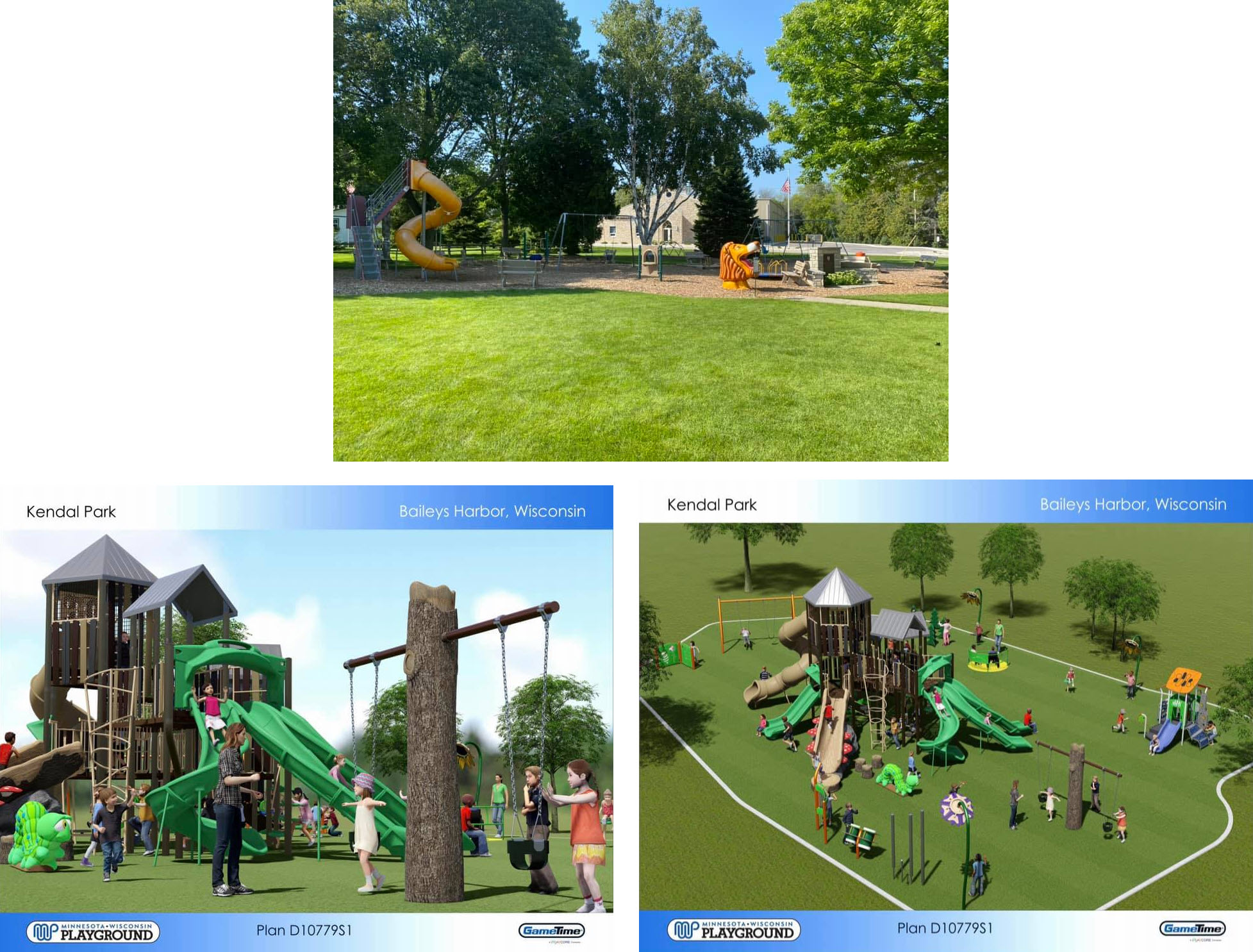