The New Year is just around the corner and if raising funds is one of your resolutions, Bricks R Us can help with a brick fundraiser!  Below is the best action plan that will motivate you to kickstart the New Year with a blueprint to fundraising success. 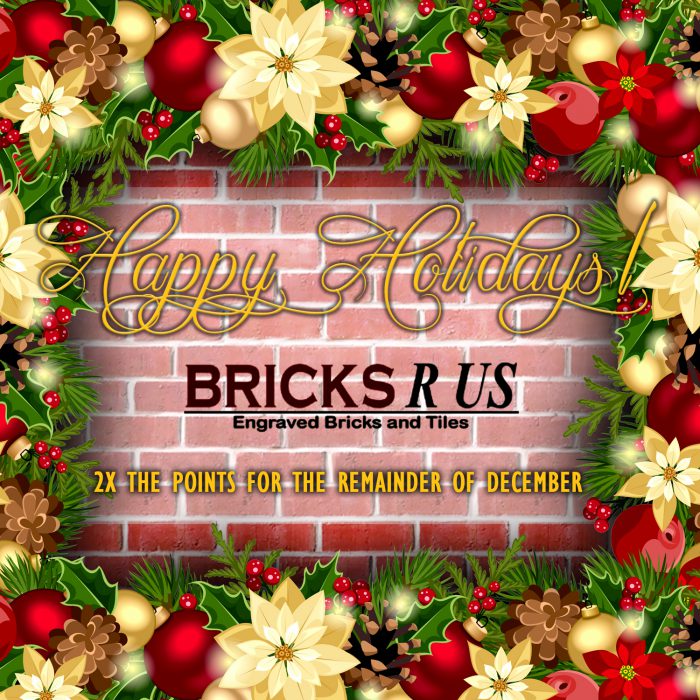 One of the most important steps when it comes to the planning process of a brick fundraiser is to determine who will oversee the campaign.  Typically, a development director, an Executive Director, or even a PTA mom or dad would work in conjunction to the chair members of the charity in order to establish a plan of action at the beginning of the year.  If it’s a multiple-year plan, the best route to follow is to review and tweak it at the start of every new year.

It’s important to determine a feasible objective as a good starting point.  Deliberate research into the organization’s necessities will in turn provide the key targets to aim towards.  An important aspect to pay attention to is how much money is going to be initially incorporated into the actual fundraising and take that into account when devising the magic number.  Additionally, take a look into what facets of the charity the funds will be dispersed into.  For a brick campaign, the area where the bricks will be placed (ground or wall) should be determined as well.

There are many tactics to consider when it comes to where the funds will come from.  For example, charities are already well-versed in individual donors and major donor groups, but how about direct mail and telemarketing?  Bricks R Us specializes in helping you market and raise funds with Donor Sites, Online Ordering System, Promotion Videos, Online Ordering Forms, and other ways to reach your audience.  It’s essential to inquire about various, innovative channels in accordance to what has been proven to work in past brick fundraisers.

A brick fundraiser can be tedious work, but Bricks R Us changes that by having the tools to organize the entire campaign in an automated fashion.   This should propel you to start planning today.  To get the New Year kicked off right, Bricks R Us is providing DOUBLE the reward points from December 26th to January 3rd.   Bricks R Us wishes you a very Happy New Year and is here to make it a successful one!