Anyone who has suspected that millennials are the most generous generation will have plenty of statistical support to make the case.  The average person in their 20’s in this country owes approximately $22,000 in student loan debt, with a monthly payment of $350.  This responsibility is worsened by the fact that 51% of all millennials are under-employed, and the unemployment rate for millennials is three times higher than the national average.

Despite having less resources to share with others, a shocking 84% of millennials still give to charities, which is far more than Generation X individuals or Baby Boomers.  Online donations to various charities is up nearly 8%, and most of that increase is being driven by millennials.  Millennial entrepreneurs who don’t have to worry about unemployment, statistically give twice as much to charitable causes, compared to either Generation X or Baby Boomer entrepreneurs.

A recently issued Millennial Impact Report emphasizes that millennials are making excellent use of the power of collective action, since they are acting as individuals, but can create tremendous leverage as a group.  Millennial donations are different from the philanthropic patterns which characterized other generations, first of all because they tend to give more online.

But they’re are also different in that the types of charities they donate to are generally striving to relieve suffering, rather than to support large philanthropic organizations.  Millennials are more focused on easing the suffering which has been caused by various problems in society, whereas philanthropy is more concerned with the removal of those social problems.  It’s therefore safe to conclude that millennials are much more interested in the humanity aspect of giving, rather than in the larger issue of curing the ills of the world.

The nature of millennial donations

Millennials are much more likely to ask for regular updates about how their donations are being spent and which individuals have been helped.  This attitude fits perfectly with the soaring trend in the crowdfunding industry, which has now become a multi-billion dollar enterprise.  Through crowdfunding, donors hear about individuals’ stories, they frequently are given updates, and it’s easy to track how specific individuals have been helped by their donations.

Millennials are known to comprise 33% of all donations on crowdfunding platforms, and that fact alone has allowed crowdfunding to surge into prominence as a viable industry.  Millennials’ purchasing habits have had a huge impact on industry in general, since 73% of all millennials are willing to pay more for products which are considered sustainable, as opposed to those which are not.

The bottom line for all this is that millennials have fewer resources to donate than any other generation group, but are having a bigger impact on charitable donations.  Their insistence on accountability and transparency, is having a huge effect on how charities are administered, and they have become a powerful force for driving change in the industry. 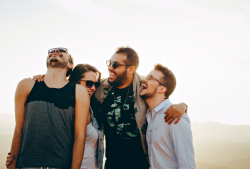